We Never Go Out of Style

As the iconic Jay Gatsby once said, “Can’t repeat the past? Why of course you can!”

The fashion industry exemplifies these famous words by its never-ending recycling of trends. It seems that every trend in the fashion industry sees the light of day more than once. I think certain trends are timeless, and there is a direct tie between nostalgia and the fashion industry. Fashion serves as a time capsule, transporting people back to their favorite decades to reminisce about “the good ole days.” The fashion industry can also serve as a mechanism to help people who believe they were born in the wrong decade imagine what would have been.

Although I was born at the tail end of this decade (1998), I have always been inspired by fashion from the '90s. Fashion trends from this decade such as mom jeans, scrunchies, chokers, band tees, and Dr. Martens have made their reappearance trending in the present. Who wouldn't want to dress like Rachel Green for the rest of time?

It’s funny that mom jeans used to have a negative connotation back in their prime in the '90s, but now you would have difficulty finding a retail store that doesn't carry the iconic jeans. Whether mom jeans are styled with a flannel or a vintage or cropped t-shirt, this style is timeless. The same style that used to be described as unflattering is now considered vintage and retro. 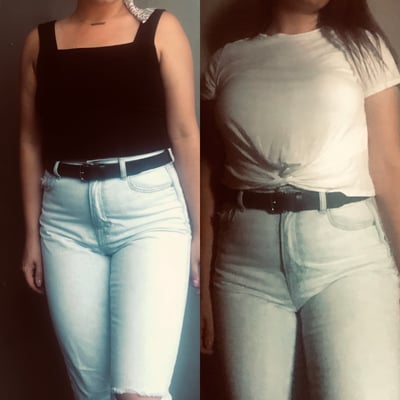 High rise jeans paired with a crop top is the move in the fashion world these days. With the rise of higher waisted pants as of late, crop tops have also appeared in the present once again. Whether paired with jeans, palazzo pants or leggings, crop tops have successfully made their reappearance.

This popular hair accessory can now be seen on wrists everywhere. For both functionality and style, the scrunchie has successfully re-emerged after taking a roughly 20-year hiatus. In the '90s, this hair accessory could be seen worn by characters on shows like Saved by the Bell or Full House. Even as I write this blog, I realize I typically have a scrunchie either on my wrist or in my hair about 90% of the time.

The '90s grunge style was truly noteworthy. Band tees, chokers, Dr. Martens/combat boots, and plaid skirts were common fashion trends of this decade. Whether it means rocking a Nirvana Tour T-shirt or strutting in a pair of combat boots, the '90s grunge look is still alive and well today.

Along with grunge, the '90s was also a decade known for sporty clothing that evolved into athleisure. White Fila tennis shoes, Champion branded sweatshirts, and Adidas track pants are some of the iconic sporty standouts from the '90s. These clothing items can also be seen today—especially the white Fila tennis shoes.

The fashion industry thrives on nostalgia and the repeating of the past. No matter what the style is, the trend will see the light of day again. I can’t say that the low rise jeans made famous by Christina Aguilera or Britney Spears of the early 2000s have made their reappearance, but only time will tell. 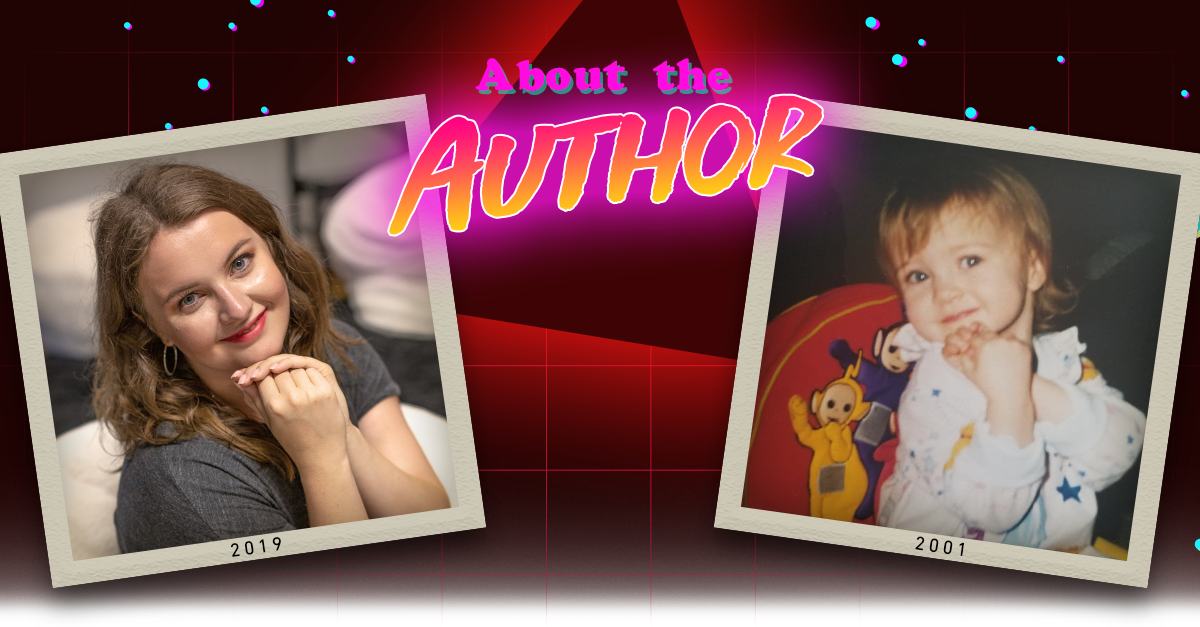 Born in 1998, our summer intern Hayden brings her perspective as a member of Generation Z to the de Novo team. One of her fondest childhood memories is watching sequential marathons of Clifford, Arthur and Dragon Tails every day after preschool while her mom cooked dinner.

She knows what the pre-Spotify days were like when she consumed music through CD, and she also vaguely remembers using the VCR player. As a child, she enjoyed making gourmet cupcakes in her Easy Bake oven as well as spotting the best finds at the Scholastic book fair. She misses the carefree nature of her childhood, and would love to time travel back to the early 2000s to live those days over again.