On May 28th, 2018, the European Union (EU) will begin enforcing new data protection laws giving web users more control over their personal details and how they're used on different social media networks.

This new law, the General Data Protection Regulation (GDPR), will have a significant impact on businesses around the world that collect, process, manage or store European citizens' data, but the one company we're focusing on is Facebook.

What is the GDPR?

The GDPR, which was ratified in 2016, is a new law that will  replace the EU's previous data protection policy, the 1995 Data Protection Directive, which was created long before security breaches, hacking and data leaks became a common occurrence. When ratified, the EU allowed organizations a two-year "implementation period" to prepare.

This new law comes after the recent Cambridge Analytica Scandal, in which the company gained access to private information on more than 80 million Facebook users. Mark Zuckerberg, Facebook's founder and CEO, released a statement about the scandal and has already started to transition Facebook's data and privacy policy to be as transparent as possible.

Most Facebook users whose data was leaked have already been notified. lf you believe your information has been compromised, visit this link.

Since the Cambridge Analytica scandal, many Facebook users, like Apple co-founder Steve Wozniak, have deleted their account. To comply with the GDPR and to reinforce their commitment to the their users, Facebook announced it would introduce new privacy center tools for all accounts that will put the core privacy settings in one place, making it easier for people to manage their data. 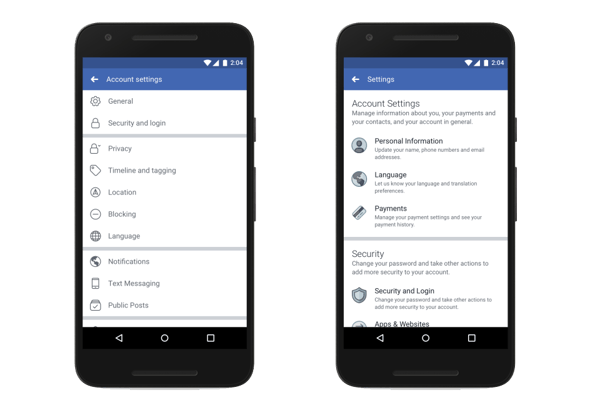 In addition to the new privacy center tools, Facebook users can also expect to see more privacy warnings and consent requests to ensure their data is secure. These requests must be made separately, and cannot be bundled within Facebook's general terms and services.

Although this process may seem confusing, at de Novo, we believe everyone's data should be protected and safe. You can learn more about how Facebook is preparing for the GDPR here, but if you want to have a deeper discussion about on how privacy regulations will impact your social media strategy, get in touch with us!