The lead-up to Valentine’s Day is saturated with ads featuring couples who are deeply in love and seemingly never see each other with a hair out of place. This is great for those who are already in love, but what about those who are single? Or those whose love has more of a “night on the couch in sweatpants” feel? Or even those who’s love isn’t romantic, but for their friends or children or cats?

While this audience segment doesn’t seem to get much attention around Valentine’s Day, there are still some inventive companies that are reaching this group. Below are some of our favorite Valentine’s campaigns that break the traditional, romantic mold.

While this campaign is for Dairy Queen’s Cupid Cake, which had been marketed in a more romantic way previously, this ad is parody of the sappy jewelry ads that start to pop up towards the end of January. One way to break the mold? Hold it up for everyone to see—and then smash it on the floor. That’s what Dairy Queen did to push their Cupid Cake.

Ryanair, the European discount airline, ran a whole campaign for singles who are over the whole Valentine’s nonsense. They even used the hashtag #EscapeTheNonsense across social media to advertise their special discount fares. The result is this humorous ad, where the single guy finds vindication at the end.

The popular Australian supermarket chain created a simple, 10-second Facebook video to increase their social media engagement. It has a slightly romantic feel, but anyone can vote in their poll, regardless of relationship or bacon loving status.

While the idea of this campaign was based on the concept of a standard Valentine’s dinner date, it broke the traditional mold by, well, being a date at KFC. The idea was that people could go online and select a KFC location, date and time, then request a specific song to be played in the restaurant as the backdrop for their “romantic” date. This is exactly what thousands of people did.

Unfortunately for a number of us (but luckily for our significant others), KFC only did this in Asia. But maybe someday you can take your sweetheart to a KFC in the States and have them play your special song. Hey, a boy can dream.

For most people, Valentine’s Day is still a workday and even if they have a romantic dinner planned, they will still spend most of their day at work. With this understanding, de Novo created a series of industry-specific marketing valentines that people could download. This allowed people to participate in Valentine’s Day even if they weren't a part of a blossoming new romance. Just like in our elementary school days, allowing anyone and everyone to participate in Valentine’s Day regardless of relationship status makes for a lot more fun and a larger audience for your marketing campaign. 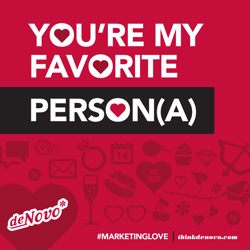 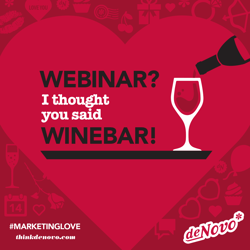 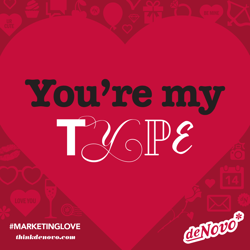 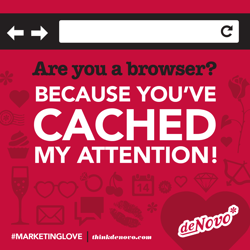 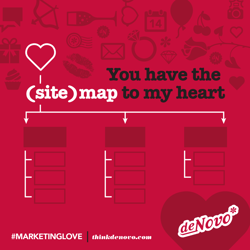 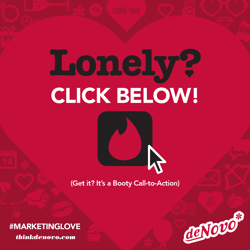 How to Break the Valentine’s Mold with Your Marketing

The takeaway from all this is that if you don’t sell candy or flowers or jewelry, there is still space for you in the Valentine's marketing blitz. But if you’re going to stray from the traditional Valentines marketing tactics, there are some things you might want to consider: