A Thirst for Nostalgia 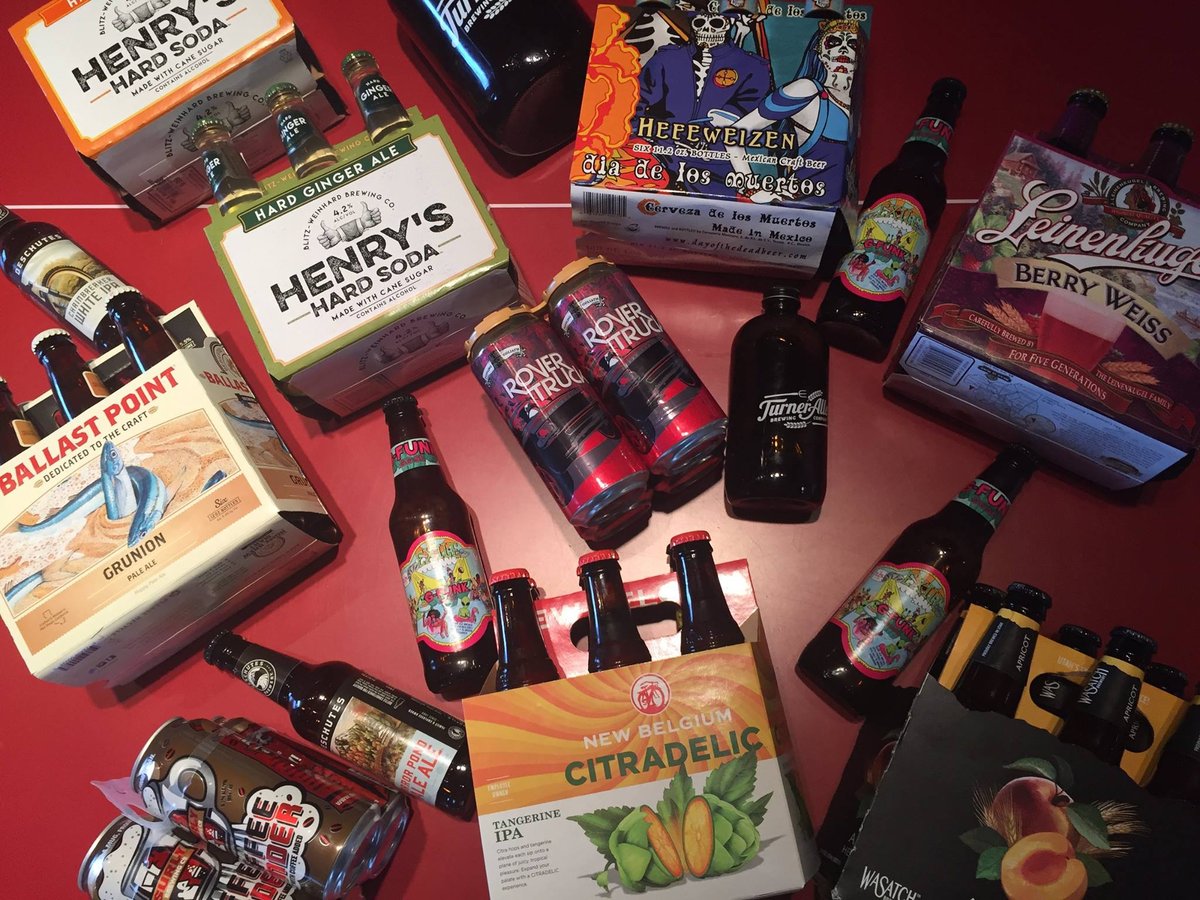 If you would have offered me a beer five or so years ago, I wouldn’t have touched it with a 10-foot pole. But thanks to recommendations from friends, I slowly began to broaden my horizons and discover all the diversity and creativity that exists in this industry. Fast forward 885 beers, numerous craft brewery visits and countless beer festivals later—you could say that craft beer has grown on me. (Sorry domestics, still not a fan.)

Much like any other field, craft beer has had its share of noticeable trends over the past few years. From the popular juicy, New England-style “hazy” IPAs to the more recent culinary-inspired pastry beers (think your favorite dessert in a glass), craft beer continues to get creative. And with millennials such as myself accounting for the bulk of weekly craft beer drinkers, it comes as no  surprise that brewers have begun tapping (ha, see what I did there!) into the nostalgia marketing trend to further appeal to their key demographic.

One of the most common connections to the past comes from references to the cherished  movies, TV shows, celebrities and music of the ‘80s and ‘90s. Whether it’s hair-obsessed Uncle Jesse from Full House or the one-hit wonder Vanilla Ice, these iconic characters garner instant recognition from those in their mid-twenties to late thirties.

One such reference can be found in Lion Bridge Brewery’s “Zack Morris Cell Phone.” This fruity IPA, down to its ‘90s inspired can design, pays homage to the beloved sitcom Saved by the Bell and the heartthrob of the decade, Mark Paul Gosselaar (aka Zack Morris).

Barn Town Brewing out of West Des Moines has also brewed up its own take on yesteryear with “Yer Killin’ Me S’mores.” It’s hard not to get nostalgic just reading the name, which plays off of one of the most popular movie quotes from the early ‘90s favorite, The Sandlot. Beyond the name play comes a dessert-inspired stout that harkens back to summer camp and warm nights spent around a crackling fire with friends—and the first ooey-gooey bite of that delicious chocolate, graham and ‘mallow concoction.

A Taste of Childhood

Dunkaroos, Squeezits, Gushers—ask any ‘90s kid and they’ll tell you that these were the snack time staples back in the day. (This era was without a doubt a junk food junkie’s delight.) Sadly, many of these beloved sugar-laden snacks have bit the dust, but some are making a comeback in a whole new way.

With the food and beverage industry cashing in on the nostalgia marketing boom, there’s been a resurgence of childhood food and drink faves from the ‘90s. Craft brewers have taken this a step further by transforming the classic combination of water, grain, yeast and hops into a nostalgic wonder.

Take Barn Town’s “Ecto-Coolest” and “Hawaiiowan Punch,” two of the brewery’s featured summer kettle sours. There’s an obvious connection to the past in the names, but nostalgia really shines through with each sip.

“Ecto-Coolest,” much like its nostalgic counterpart, features the same unmistakable slime green hue—a tribute to the food-gorging ghost, Slimer, of Ghostbusters and The Real Ghostbusters. The flavor is pretty spot on too, boasting the great citrus taste that many millennials enjoyed as kids. “Hawaiiowan Punch” also lives up to its name and it’s easy to forget you’re drinking a beer altogether while savoring this fruity blast from the past. 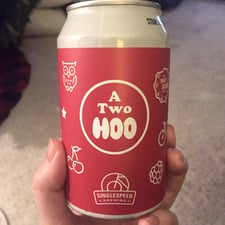 SingleSpeed Brewery in Waterloo has also hopped on the nostalgia marketing bandwagon with “A-Two-Hoo,” another kettle sour whose can design and flavors emulate a certain candy on a stick. While the Tootsie Pop itself dates back to the 1930s, this enticing sour is bound to take you on a journey back to the simple pleasures of childhood and perhaps even that same eager anticipation at the prospect of finding the legendary shooting star on the decorative sucker wrapper rumored to be a symbol of good luck.

Alluding to the past within the craft beer world is certainly not limited to the brewing and naming process. In a world where craft breweries are constantly popping up across the country, design plays an integral role in helping each brand stand out from its competitors.

As an artist and designer, I’d be lying if I said that packaging and beer branding don’t influence me to a certain extent as I scan the beer section of local grocery stores in search of that next crafted masterpiece. Although a great design is not necessarily indicative of a five-star beer (in reference to the Untappd rating system), it’s often enough to peak my interest.

In a similar fashion, many designers of beer packaging have started giving a nod more specifically to the ‘80s and ‘90s, forming a connection with their primarily millennial-based consumers and taking us back to a time when neon colors, geometric shapes, squiggly lines and jagged edges were all the rage. While designers pride themselves on the ability to create something new and unique within their work, there’s a lot to be said about the visual power of nostalgia and its ability to evoke a sense of happiness that lifts our spirits amidst the chaos of the modern world.

As a self-proclaimed craft beer connoisseur, I find myself eagerly awaiting what lies in store for the future of this booming industry and I have high hops—er, hopes—that it will continue to find creative ways to stand the test of time.

Meanwhile, I’ll continue to happily ride the nostalgia wave triggered by my favorite local brews, remembering the good old days of what I personally consider to be the best decade to have grown up in. 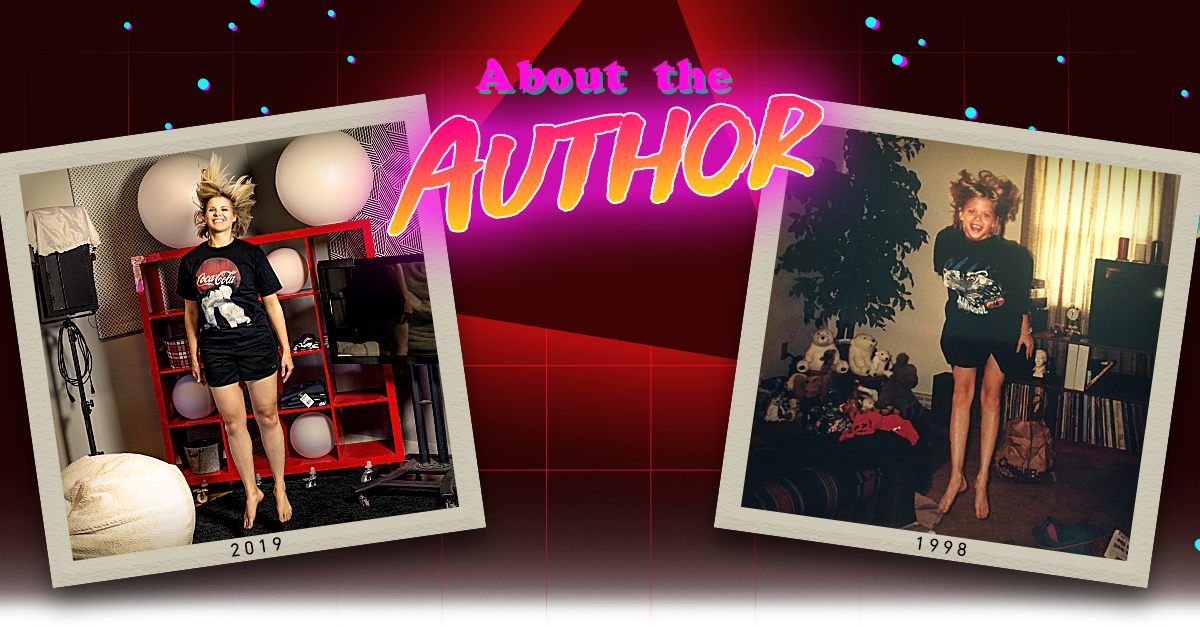 Born at the tail end of the ‘80s, Becca grew up as a ‘90s kid who fully embraced the culture of the decade. She fondly remembers Friday nights spent binging the TGIF line-up on ABC (Full House, Step by Step, Dinosaurs, Sister Sister, and Sabrina the Teenage Witch), followed by a marathon of cartoons every Saturday morning. One of her most prized possessions back in the day was her red Sony Walkman, which in the spirit of her artistic side, was won in a drawing contest.