The Golden Age of the Arcade

Video game technology has been quickly advancing since the first console, the Magnavox Odyssey, came out in 1972. When it was first brought to market, the Odyssey was a total novelty—the term “video game” didn’t exist yet. Marketed as “the new electronic game of the future,” it featured many familiar components that would come to dominate home consoles, including detachable controllers and interchangeable game cartridges.

But before home gaming took off in a big way, the only way to get your video game fix was by scrounging up as much change as you could and heading to the nearest arcade. By the early ‘80s, the golden age of the arcade was in full swing, especially in Iowa, where the mayor of Ottumwa proclaimed the town “the Video Game Capital of the World.”

While we can now play video games from the comfort of our home in front of our TVs, there is something nostalgic about going to the arcade and hearing the sound of coins falling into a machine and feeling those buttons under your thumbs. And if you’re like me and grew up going to the arcade to play Galaga, Gauntlet, Pac-Man or Street Fighter, playing these in front of the TV just isn’t the same. 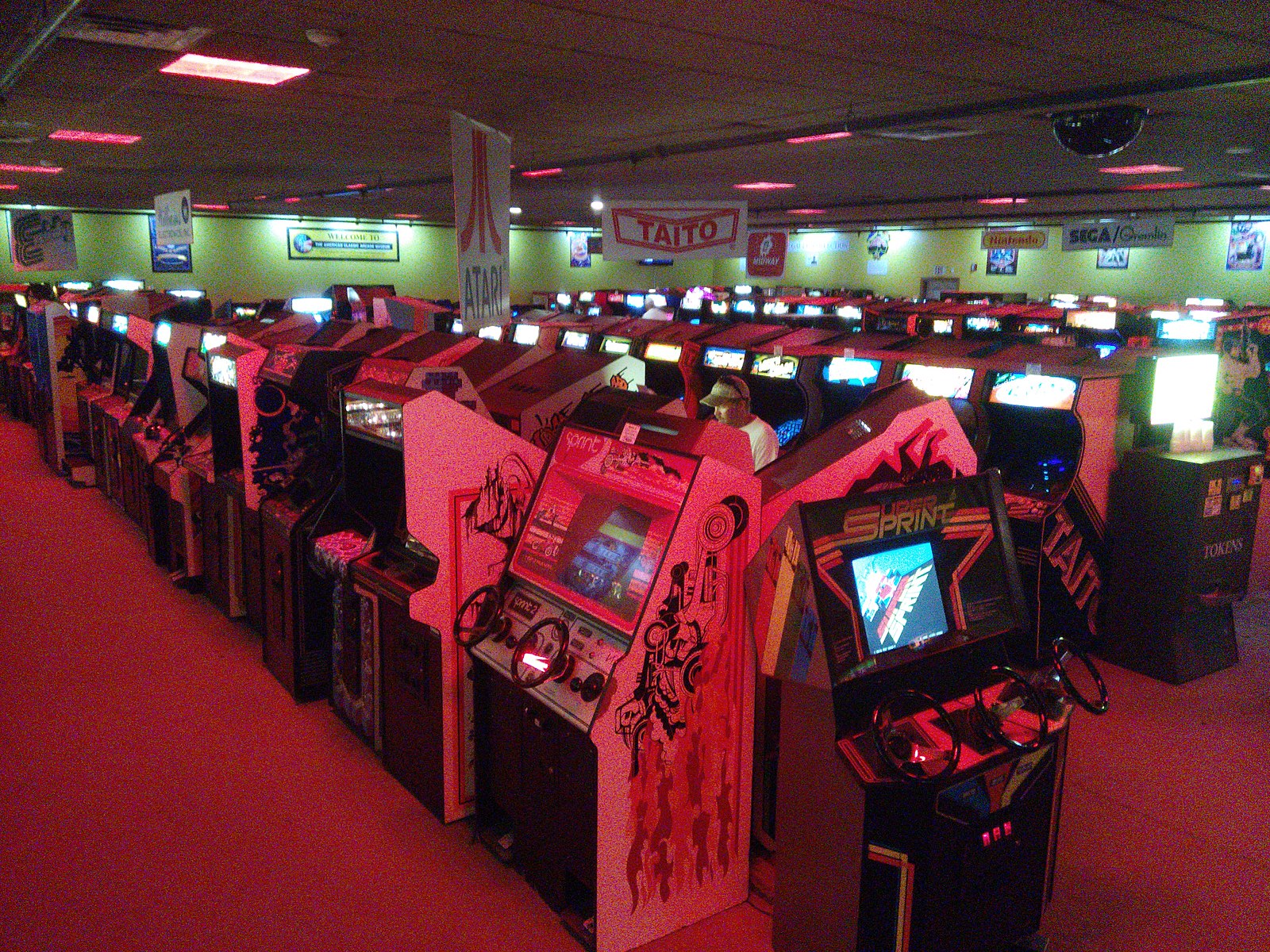 The recent rise of the “barcade,” a combination bar and arcade, has allowed millennials and GenXers to relive their childhood in a new and more modern way. Barcades offer alcohol, craft beers, something tasty to eat and of course—classic arcade games. My favorite barcade is one right here in Cedar Rapids called Quarter Barrel Arcade & Brewery. Every time I go since the day they opened, they have always been packed with not only millennials, but kids with their parents as well—all enjoying the food and the games.

While you can buy these arcade cabinets for your home, expect to pay several thousands of dollars for a working one. There is also the matter of having the room to store it. The average original arcade cabinet is at least 6’ tall and usually only has one game in it, which can be restrictive for the average consumer.

While there is a limited supply of original (and working) game cabinets, one company, Arcade1Up, is making a more accessible alternative that users can order directly from their website. 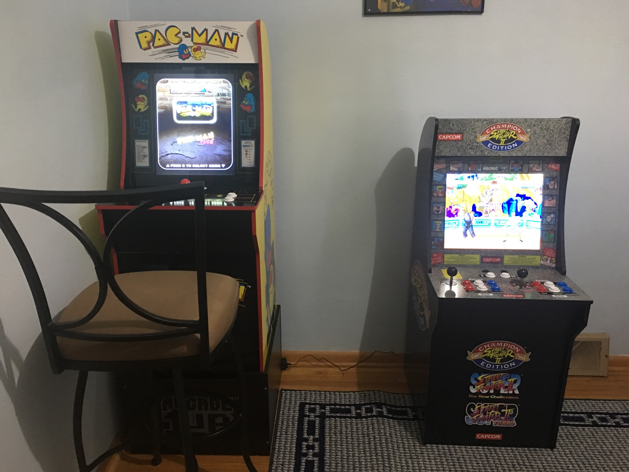 Arcade1Up has been making retro gaming cabinets since 2018. Their cabinets are smaller versions of the arcade machines we grew up with and loved, but there are a few key differences: they are only 4’ tall (making it much easier to have several), most of the machines come with at least 2-3 games, and they come with a 17” LCD screen, which looks fantastic.

The best part is you don’t need quarters! I’m not sure how many of you have ever been playing Gauntlet when you run out of magic potions, and suddenly death shows up to take all your health away forcing you to add more quarters. With coinless operation, you can get further than ever before in your favorite game. (Just remember you still have to go to bed.) 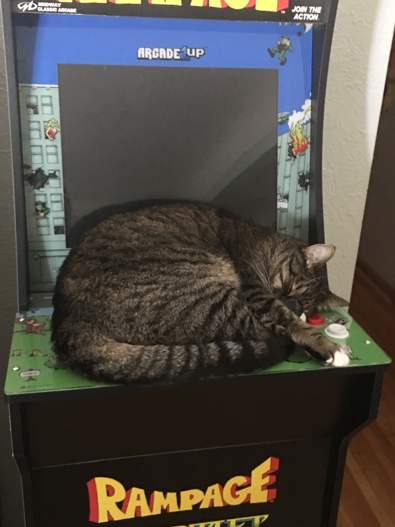 After assembling and playing my first arcade cabinet, Pac-Man, I can say that despite a few flaws, these standalone units really do bring home the nostalgia of old-school arcade machines.

So far Arcade1Up has just been testing the waters with a few cabinets, including Mortal Combat, Street Fighter, Golden Tee, Galaga, and Centipede. But they plan on making more, as demand has been rising.

While these miniature versions of their larger counterparts are gaining popularity, I don’t feel like this is impacting the original arcade industry. There are always going to be collectors out there wanting the original machines. At $299.99 MSRP, Arcade1Up machines are made for a niche market—people who want to own arcade machines, have money, but don’t want to pay for or have the room for an original cabinet.

So, if you’re looking to convert your basement into your own arcade/barcade, looking to relive your glory days of Pac-Man—or you just want a place for your cat to sleep—I highly recommend checking out Arcade1Up. 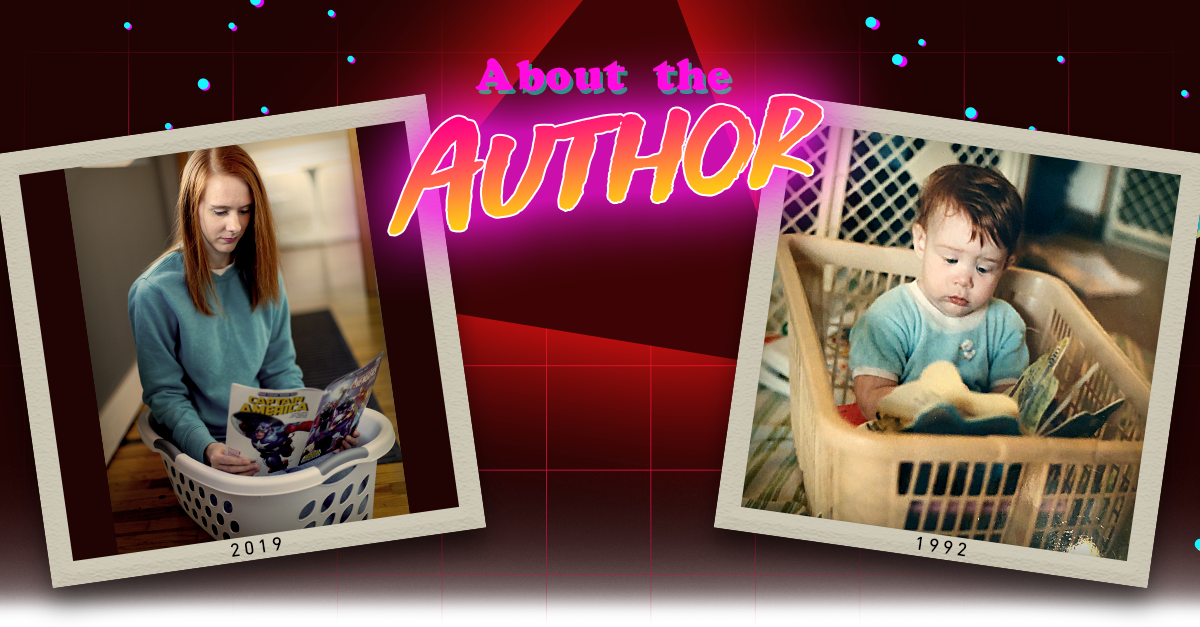 Before smart phones were the norm and when VR was just a pipe dream, Mara Swenson was sneaking over to friends’ houses to play N64—the forbidden fruit of her childhood.

She remembers coaxing her parents off their landline so she could dial into the internet (and being reminded that you had to pay for it by the minute) and still feels bad about that time she forgot to feed her Tamagotchi. She has no regrets about lugging around a Nokia bag phone, and would give anything for another chance to beat her high score on Nintendo Super Mario Bros Deluxe.